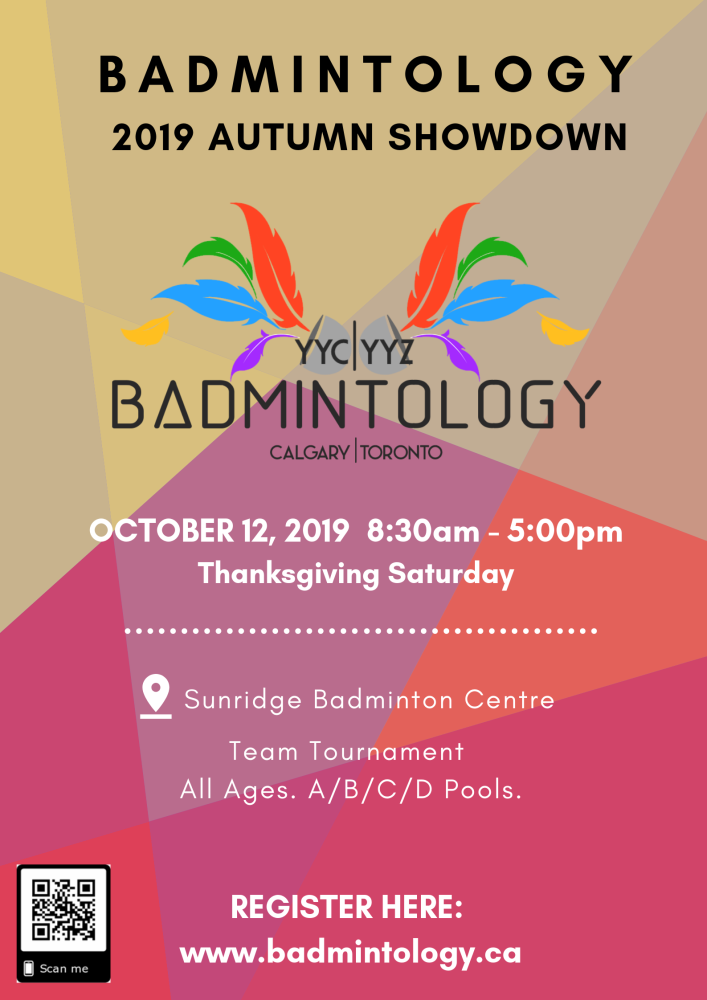 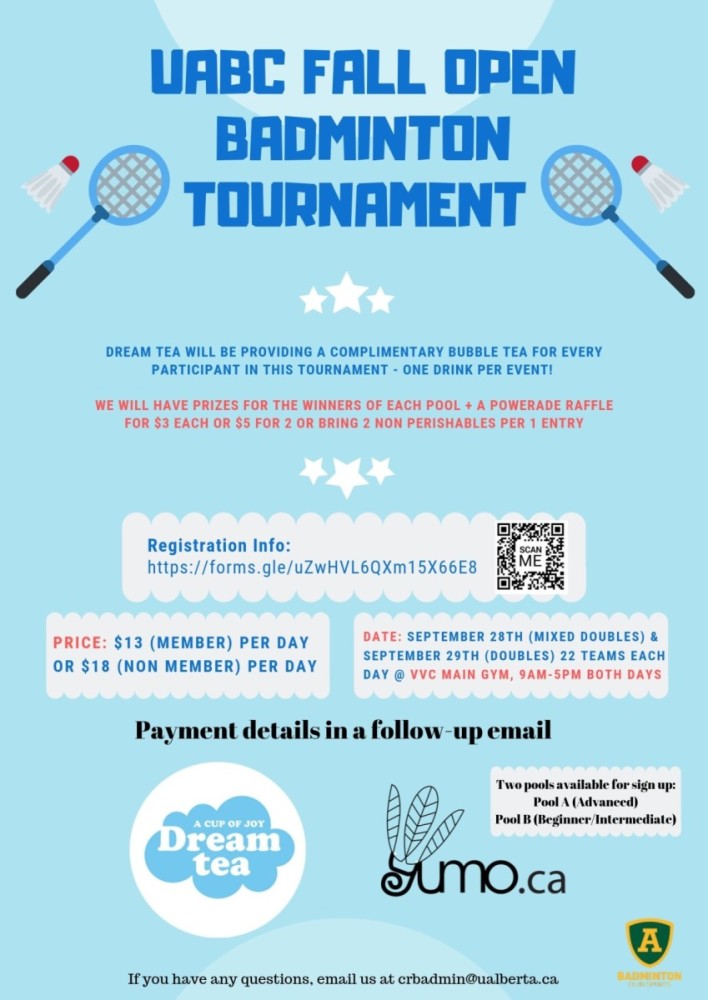 A team event tournament consisting of a group of ONLY 4 PLAYERS PER TEAM. (Men, Women or Mixed Group)

There will be 2 categories in this event.

“A” category for competitive players. YONEX AS50 feather shuttles will be used. (COST $140 PER TEAM)

“B” category for semi competitive and recreational players. NYLON shuttles will be used. (COST $80 PER TEAM)

LUNCH WILL BE PROVIDED ON SATURDAY JUNE 29th

Each team will play a total of three doubles or mixed matches against an opponent team in a Round Robin Format. Everyone on the team MUST play at least once every round. Same partners MAY NOT play together twice in same round.

Top two teams from each Round Robin moves on to Elimination Draw.

Each game will be played to 21 points with standard rules (Winning by 2 points up to a maximum of 30 points).

Prizes: (More Depending on Entries)

Completed forms can be scanned and sent by e-mail to info@edisonbadminton.ca. Payments can be made by cheque (Payable to Edison Badminton), cash or debit/credit card in person at Edison Badminton Club.